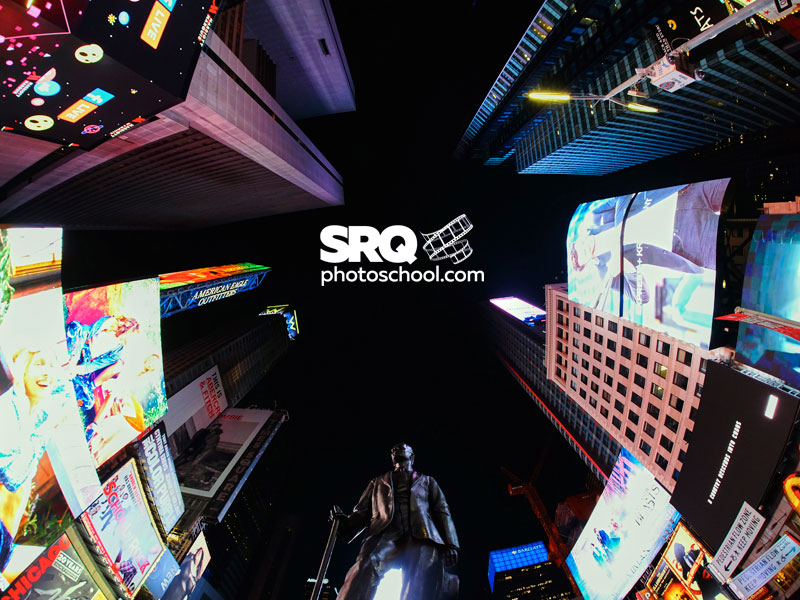 In more ways than one…

A few days ago, on a recent trip to New York  totally unrelated to photography I didn’t want to miss the opportunity to grab a few pics of what is arguably one of the most photographed places on the planet and rightfully so. I was with a group of people on an in and out trip so I only had carry on baggage and we were all traveling, working and dining together so I couldn’t hold up the group with my photography nor could I afford to pack much gear at all. 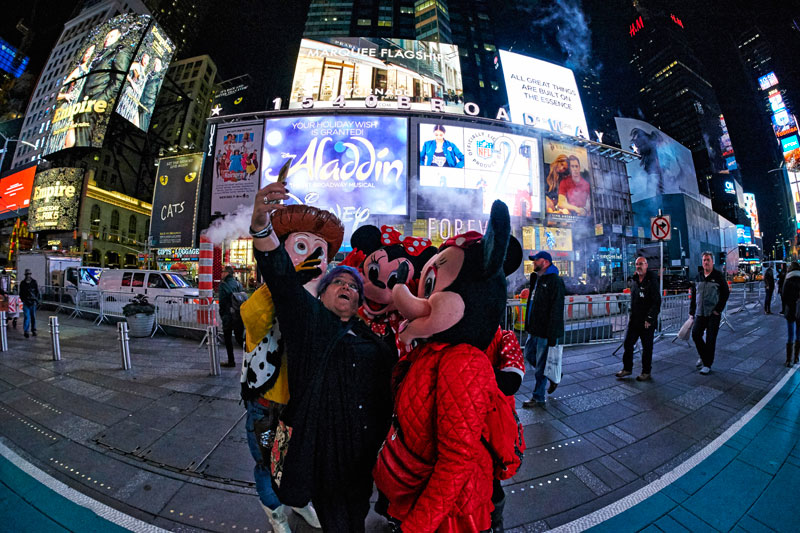 Being a seasoned pro I decided to pack only two lenses and one small Fuji X-T1 body into my briefcase. I opted for a 8mm Samyang Lens, my new goto standard when I want to both push myself and capture familiar subjects from unique angles. It’s also one of the smallest lenses I own next to the 2.8mm fixed pancake lens that basically turns my X-T1 into a point and shoot. 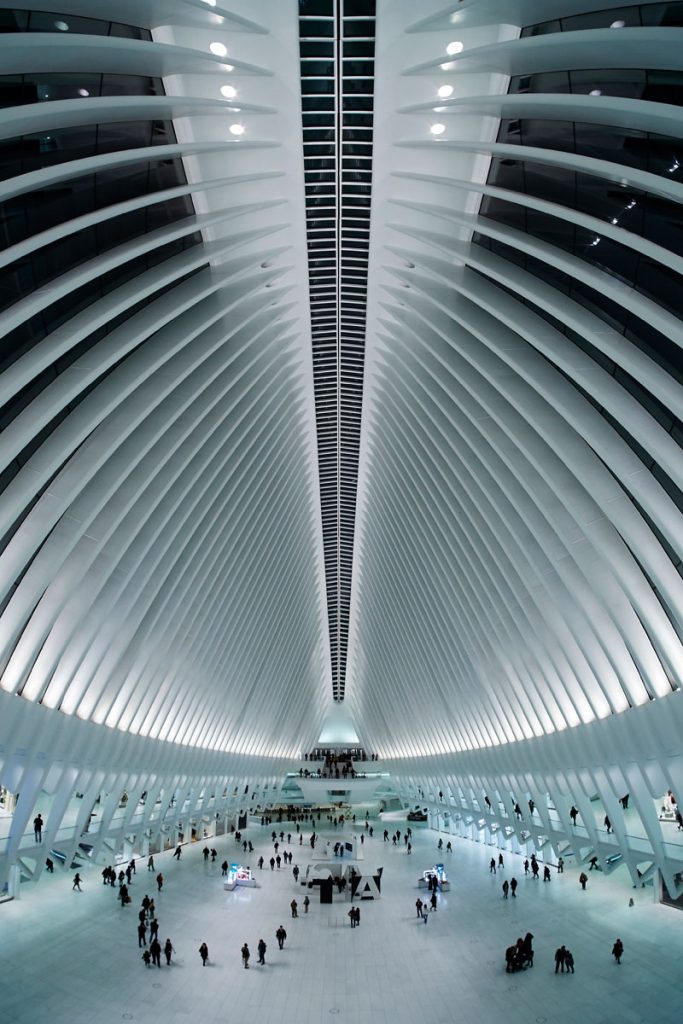 This was shot with a simple 18-55mm “kit lens” and was the perfect companion for carrying my camera around one evening to a function where I couldn’t carry around a lot of gear. The lower light forced me to push the iso way up but the added grain worked well with this composition.

I knew in advance that I wasn’t going to get more than a minute in any one place to grab shots and also knew we were staying right around the corner from Times Square. Bang! Wide glass, night time so I could push the iso way up and it would be difficult to notice so no tripod required which is difficult to do in the city anyway. 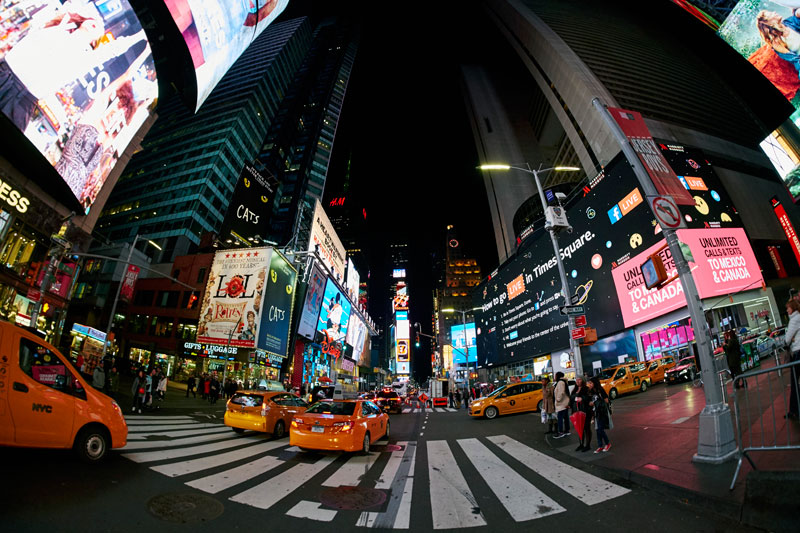 The crosswalk in this image is what really made it as the white contrasts with the overall dark image and highlights the scene very nicely.

By planning in advance and only bringing the absolute bare minimum gear you can get great images when otherwise you wouldn’t shoot at all. Working around your gear is also a great way to expand your composition proficiency. 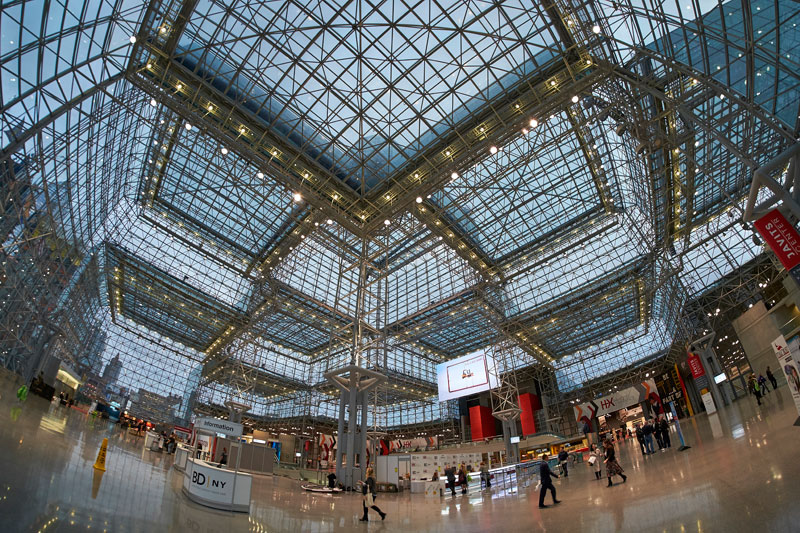 Using a wide angle lens lets you really accentuate what moves you about a particular space or composition. In addition, images shot with distorting wide angle lenses tend to be very popular because the human eye does not see the same angles and distort the image in this way, thus it looks more interesting (think less common) to the viewer. I like to use very unique perspectives like this when shooting common subjects or not having the luxury of time of investigate creative compositions.

If you work your photography in and around your life and not the other way around you’ll be a better shooter, have lots more photo ops, and annoy fewer friends, family and co-workers. 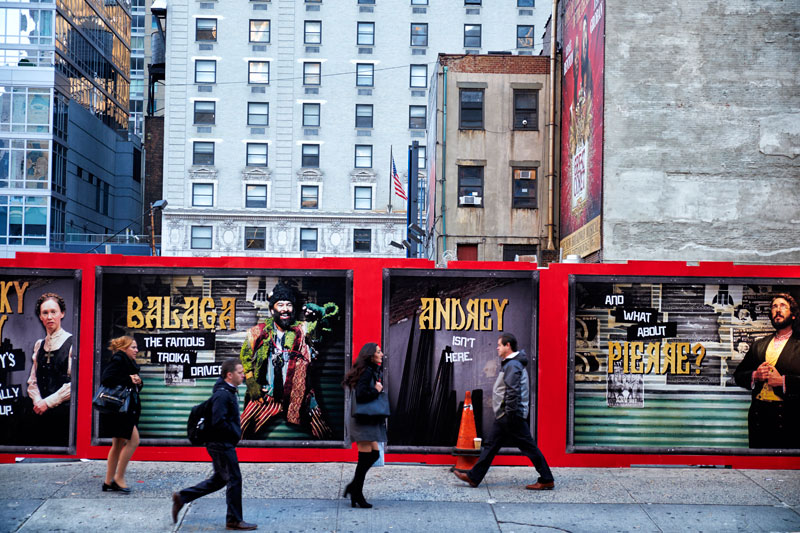 This was taken with a “kit lens” that was bundled with one of my Fuji X series cameras. Its a 18-55, f2.8 and great if you can only carry one lens.

While I was working this morning it occurred to me

Been a long time, but another shoutout to #flstate

Simple pleasures are the best 💦 - - - #sarasota

Just another day in Sarasota at #marinajack. Quite