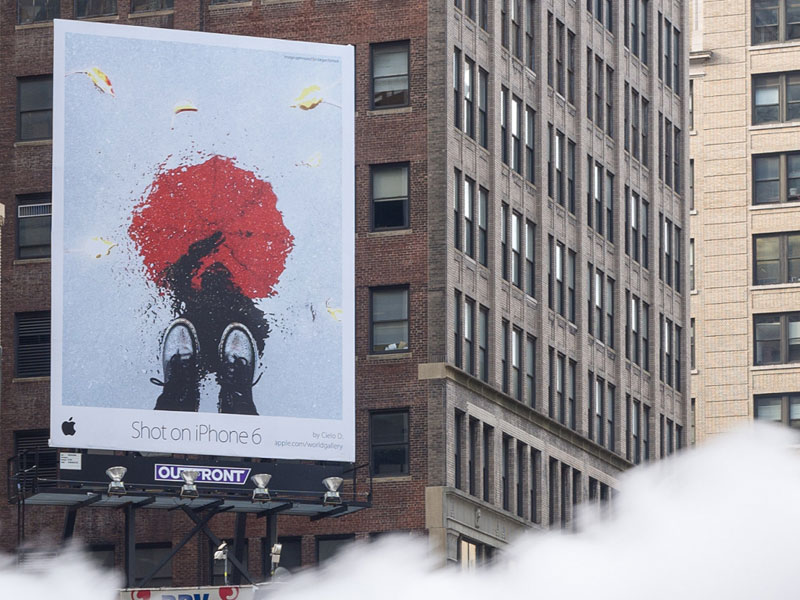 When Apple recently unveiled a set rather large set of non-commercial prints taken by actual iPhone 6 users it really got me thinking about the great myth surrounding image resolution and instances I face every day as a commercial photographer. When I first got out of art school, I purchased the best camera i could afford, being a Mamiya RZ67 Pro ll. That camera served me for over 20 years of my commercial career. Now every year, a new camera is released and each with a larger sensor than the previous. The act has sort of a chain reaction as with each larger image file captured by your camera equipment you now need more and more storage, faster computer processors, software upgrades to keep up with the new size and computing power required to process such images and so on. 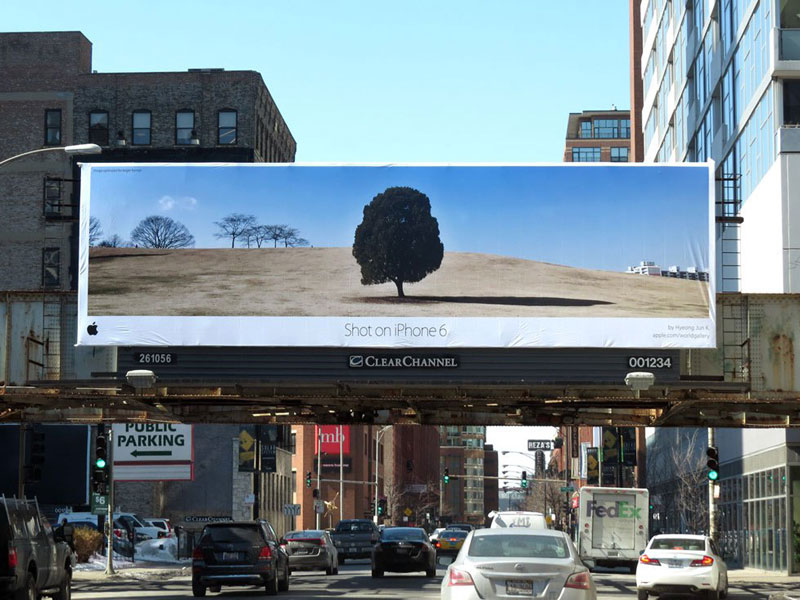 What intrigued me about the Apple campaign is not that images looked fantastic, but that the technology to enlarge the images to that extent existed at all. Apple admits to the images being resampled for the medium. Several generations of Photoshop have now been capable of such enlargements and some better alternatives like Alien Skin Blow Up and others do an even better job. The point is how big is big enough and when do you stop chasing megapixels? I actually stopped a few years ago and haven’t regretted it one bit. Sure I still have the big gear but for general shoots and everyday I actually shoot with a 16 megapixel micro 4/3 body in Raw files most of the time and the images can be brought up to as large as need be. Most of the time however we are simply CAPTURING FAR MORE DATA THAN NECESSARY. If you have an old 10MP Canon 40D and you still love it, keep it.

The key here is to capture a technically sound image in the first place. And what one of my mentors told me 30 years ago in France still holds true today, spend your money on the best glass you can afford and you’ll never regret it. Don’t get me wrong, the new DSLR’s are still great cameras if you truly need them, but they won’t make you a better photographer or artist. Apples campaign simply illustrates one of my cornerstones of photography then and now, a great image can be captured on any camera or should I say device.

Monkeying 🐵 around in Silver Springs. Many peop

White on white. Seasonally appropriate for sure...